Battle it out in Kung Fu style!

Fans of Shadow Fight looking for the next adventure need look no further. Last month, the creative minds at Nekki, who gave us Shadow Fight and Vector, released Shadow Fight 2, a sequel to Shadow Fight, offering the familiar scene of fighters in silhouette, battling out in Kung Fu style. The app is available for iPhone, iPad, and iPod Touch, and is optimized for iPhone 5. The animation and graphics are amazing, bringing about a dramatic effect.

It introduces players with a tale of its hero and how he ends up a shadow in a world hidden by the Gate of Shadows. A warrior looking to fight evil, the hero, controlled by the player, unknowingly traps himself in this world, which is infested with demons and antagonist by opening the once sealed doors. In doing so, he is now forced to battle his way through the worlds to overcome the fellow shadow demons, leave and lock the doors to keep them trapped forever.

Shadow Fight 2 gives this nice overview so players know the background behind the hero’s motivation to defeat the foe and escape his own entrapment. The graphics and imagery are engaging and lend towards the entire look and feel of the app. The notion of becoming one with evil as a shadow is interesting and brings a more dramatic effect to the game. Most other games prefer renditions in 3D, but this offering is unique and interesting, producing a more saga-like effect.

As the hero ventures through one of six worlds, he faces opponents of all kinds, bearing battling gifts that put the hero to the test. Your mission is to master the control and skillfully move the hero through combative movements, overtaking any obstacle that comes your way and accumulating points as you progress. Point accumulation earns you advanced weaponry and power.

Weapons include swords, suits of armor, nunchackus, and more. Tangible weapons are not all you get. Score high enough and be awarded the power of magic that you can wield mercilessly upon your attackers. The fluidity and movements of each fighter almost makes players want to just stop and watch. The designers of Shadow Fight 2 have done an amazing job of animating movements of both the fighters and the objects around them. It’s as if you are watching anime while becoming a part of it.

Combats are usually one-to-one and armament choices increase as you win more battles and earn more points. This makes you stronger and more adept. The other nicety to this app is that it is not as fast paced as other battle-type games. Shadow Fight 2 offers players more time to be more strategic in their moves. You can almost think of it as a good practice ground for its faster-paced siblings.

The only negative to the app is the lack of fine-tuned controls. With a virtual joystick, the responsiveness is lacking. It took several tries and restarts to get a confident feel for how to tap, slide and move the stick to produce desired movements in the hero. However, for a free game, you cannot go wrong, especially if you really liked Shadow Fight, its predecessor. 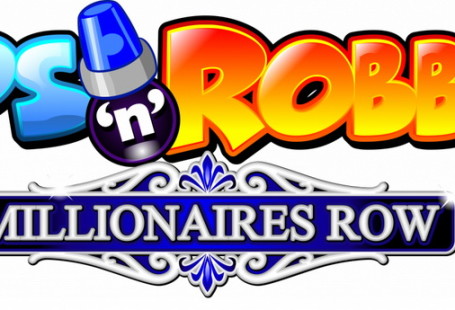 Let eWeather HD App Forecast the Weather for you!

4 comments On Battle and Defeat Demons in Shadow Fight 2