Haypi Monster is a free RPG battle and collecting game for the iOS platform. With gameplay lying somewhere in between the beloved Pokémon gameboy games and some sort of Candyland board game, it is quite an enjoyable game to play. The game is easily accessible to its target market and surprisingly fun for much older users, and it’s atmosphere is lighthearted and appropriate for the whole family. Some minor issues crop up around the interface and the ability to play with friends, but it is overall a great app that seems to have earned its popularity and high reviews.

Haypi Monster begins with the type of frustrating tutorial that will infuriate people who have been around games their whole lives. Luckily, it is not for them, and considering that it is meant for younger children one can see how this would be necessary. It teaches combat, a bit of how to navigate the world, and introduces them to the in-game currency system. It leaves you with three decent monsters and all the know-how to go out into the world and get more.

The gameplay in this app is very fun, and anyone who has played a Pokémon game on the gameboy platform will be able to grasp it intuitively. Each player has a group of monsters, decides which ones to fight, which moves to make, and when to use a potion or capture a monster in a seal. The game also has an Auto feature which makes some of the higher level combat simpler for young players, as well as enabling players to skip through the easy fights quickly. Movement along the map is, however, based on a randomized dice roll rather than simply moving around. While it takes away from options, it actually adds to the challenge of later fights, since there is no retreat and you may have to fight any number of monsters to get to the boss. There are some in-game items that allow you to interact with the rolls (like ‘Loaded Dice’) but for the most part you are locked in by chance. The combat system is fun, and the discovery and evolution of new monsters quite addicting. The app also seems well polished, no glitches were in evidence.

The PvP (Player versus Player) aspect of the game is one of the things thrown in that makes it a lot more fun to older players. With a PvP arena that matches you against random opponents and PvP ladders which automatically pits your team against several others in a tournament to gain prizes or prestige, managing these formats online requires a fair amount of knowledge and strategy. In addition to providing a lot more challenge, the PvP in Haypi Monster can also get you prizes and unlock new monsters for purchase. The seamless integration of this RPG element into the online battling system makes it sometimes hard to put down. 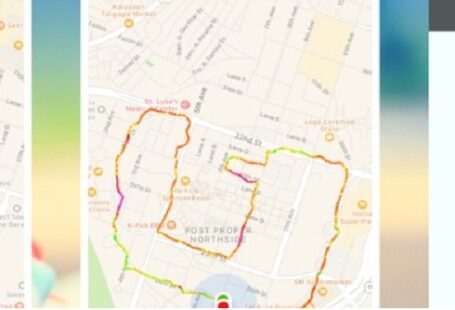 Achieve Your Fitness Goal with My Walk Tracker App

6 comments On Haypi Monster – It’s Hard to Put Down