Guitarcraft – Indulge in a Date with music

Music is something which keeps the ball rolling. Are you looking for a musical app which can provide a brilliant audio latency? The Guitarcraft app for the android is an inherently stimulating musical app purposely designed for the music freaks. The app gives ample scope to the user to experiment with the inner urge to create solos and riffs.

The other already launched apps in the genre of guitar music used to have a limitation with regard to the functionality, but the Guitarcraft app is true to its name and provides the freedom to the app users to experiment with the different rhythms as well as notes, thus providing the users with a worth remembering experience. Once you start the app, the charm of the app will keep you captivated for hours and hours.

The name of the app ‘Guitarcraft‘ speaks volumes about it, as the app is all about its features. When one lodges into the app, one is welcomed with a six string fully replicated electric guitar, which is ready to use by simply tapping on the screen. The frets can be tapped to generate the individual notes, which are recorded in the tablature form. The user can simply record the rhythm, once he/she is done with the setting of the notes. The note can be played live by tapping the ‘HIT’ button and placing a counter on the time period. The end results in the form of riff can be saved so as to play it anytime in the future.

Talking about the technical aspects, Guitarcraft is nurtured with six strings, twenty four frets, two types of vibrato, two different tap modes, a metronome etc. The app is a complete guitar app in all aspects, with a soothing sound being its star feature. The app stays true to the spirit of music by providing the users with each and every aspect which they might have expected from a guitar app. The strings, vibrato and other features respond in exactly the same manner as would be expected by a guitar fanatic. The app is currently available at a discount of fifty percent, thus is quite affordable. Seeing the price of the app, it is certainly the bang for one’s buck.

With the response which this app has gained, Guitarcraft has emerged as the awesome guitar replicator app. The app is certainly for those chunks of individuals who consider themselves as the serious guitarist. As there are always two sides of the coin, the app is not compatible with the Galaxy Note SGH-I717R. The users have complained that when they started the app on their phones it created a lot of troubles. If the developer focuses on this aspect, the audience base of the app can certainly be aggrandized.

Jump Out – Get a Comic Relief with Bugs 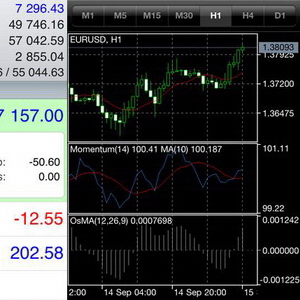 3 comments On Guitarcraft – Indulge in a Date with music