Think all first person shooter games are all the same? Think again. Sniper Ops 3D aims to prove that not all sniper apps are equal. This free to download app puts the power in your hands to take out terrorists and make the world safer.

Your primary role as super sniper is to obliterate the enemy. This app puts your precision to the test. Your aim must be calculated and quick.

To start, the app offers a basic set of weapons at your disposal. Use those to the best of your abilities to take out the enemy, build up strength, and earn points. These points will eventually allow you to upgrade your weaponry, making you even more powerful.

The app itself consists of over 200 creatively concocted missions, each unlike the other, that test your skills and savvy at marksmanship. Keep in mind that each mission comes equipped with its own set of hazards and targets, so your skills will constantly be put to the test.

I initially found it a bit difficult to keep up with the game, as there were so many moving pieces. Not everything that moved was a target I needed to take out, so I had to be very careful. I learned this the hard way as I quickly ate through my ammo.

At that point, I was able to reconfigure and rearm myself by making an in-app purchase of just $4.99 to collect a “Tiny” packet of coins. Other in-app purchases offer more at a greater cost, but the price of each coin reduces with larger packages.

What really impressed me, being a free game, was the quality of the graphics. They were sharp, the movements were smooth and the animations were realistic.

The other aspect I liked about the game was that it was not your typical shooter type of game. This game was true to what the world is seeing today a war against terroristic attacks. That being said, this is just a game, and should not be taken seriously.

What it does offer is a unique setting in which you engage with the forces of good to maintain harmony, by supporting law enforcement and the defense do their job and succeed. As you move through the game, you will experience new content and battles, each with their own restrictions, so there is never a dull moment!

Another neat feature is that you do not wifi or internet connection to play. This means you can play anywhere and not worry about eating up data.

The only improvement I would like to see is adding some variety to the sniper concept by making the targets something other than terrorists, like taking out bases or something that explodes and causes mass destruction. Download iTunes Sniper game and Android Sniper Game from these links.

Sniper Ops is a game that will keep you busy for hours and will hone your ability to focus. The app creators are also open to feedback to help make your experience an even better one. You couldn’t ask for more.

Keep Your Mac Organized and Protected with Combo Cleaner 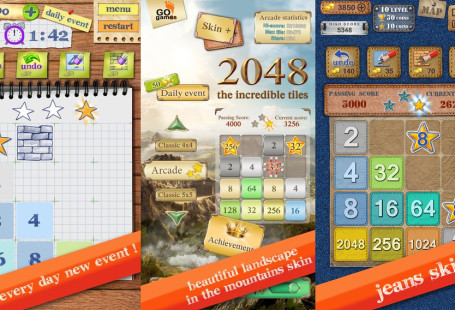