If you are looking to try out a new-age logic game that requires no sweat, then look no further than Bounce Control!

If you just heard the opening sounds of this game, you would not guess that it had anything to do with puzzles. Actually, you would think a game of pool is being played. Well, that is not what this physics game is about. Bounce Control requires you to control and steer a falling ball. Sounds simple right? But, while the ball falls you need to harness gravity and energy in such a way that the falling ball manages to hit every obstacle in the game block.
It isn’t difficult to get into as there are three tutorial puzzles to show you the ropes. In these three puzzles, you must tap your main ball to release it, after doing so, it will knock other obstacles in the room. The amount of knocks you must achieve are highlighted in a tiny bomb icon on the top-left of your screen. The tutorial also shows you that where obstacles are surrounded by another light colored circle, you are allowed to move that element within its boundaries, therefore manipulating the way in which the ball will move and bounce.
As you progress, the puzzles do become more intricate than the last, but you are under no pressure as there isn’t a time limit, or fixed number of tries. Some uncountable obstacles will be added to make things more challenging. If you haven’t met the number of knocks required, simply tap to restart and you can have as many goes as it takes.
The levels are always made more interesting the better you become, for example, the shapes of the obstacles change, moving elements are added, and the natural path of the falling ball is generally entertaining to watch. No prior physics knowledge is needed- after a few tries you get the hang of taming gravity and direction.

Features
The game contains three player packs: alpha, beta, and gamma. The beta pack is unlocked after you complete the alpha pack, and the gamma pack can be purchased for 99 cents. All packs contain 50 puzzles to tackle and enjoy.
The game sounds are plain and satisfying. There is no background music added, and this helps you think and concentrate as you plan your path for the ball.
The controls of the game are really uncomplicated, just a basic tap to release the ball and another to restart.
The game is a smooth-running one. Movement from home screen to game is really quick and easy.
The graphics are crisp and clean, there is no eye-candy in this game, which means that there is nothing to distract you. The colors are made up of warm and calm tones.
There isn’t really a menu as such, on the home screen all you have is a Google Play button and a leaderboard button- but the fantastic thing is you don’t need much to enjoy Bounce Control! You can share the game with your friends too.
The puzzle-room effect is realistic in the way that it trembles and vibrates with each bounce the ball makes.
When you restart, the game will also keep track of any adjustments you made to the moveable obstacles, so you don’t have to keep readjusting with every new try.

This game will soon be added to your “addictive” list because it is a shining example of a really well-rounded logic game. Bounce your way to victory with Bounce Control!

Recreate the Days of Yore with Fleet of One 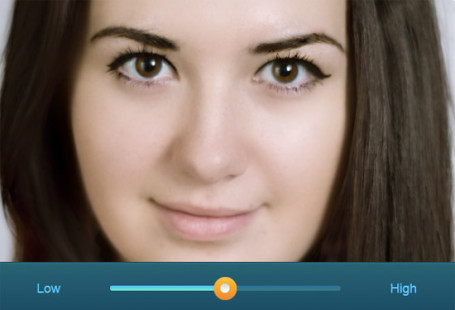 1 comments On Be The Boss Of Gravity- Bounce Control