Castle Breakout – Medieval Escape Game Catapults you Back in Time

Are you a fan of Game of Thrones? Who isn’t, and if you have ever fantasized about being in such dramatic and grand times, without the bad stuff, then downloading Castle Breakout should be at the top of your download list.

Castle Breakout is exactly what it claims to be; you are a castle security expert, somehow stuck in the castle and your challenge is to get out. To completely escape the castle, it will take several levels of escaping to finally get out, but that’s what makes it so exciting!

A cool way of thinking about this game is that it’s the digital version of the popular escape rooms we’ve seen popping up all over. Your challenge to escape a room in this game is to solve puzzles and get closer to the key that will unlock the door to each of the 10 unique and intricate environments within which you will explore, decipher, solve and escape. Golden Gauntlets

To start, the app introduces you to the magical place you are about to enter, comic style. You are a castle expert and you know the place inside out. You are equipped with all sorts of implements and weapons to assist you. These include vessels, potions, crowns, swords and spears. You use these to uncover clues and makes sense of it all.

There are several levels to the game which will grow in increasing challenge, so you never get bored. The initial levels are fairly easy and allow for the player to become used to the game, how it works and how to use the tools.

The rooms mimic exactly what you would find in and around a medieval castle. There is a kitchen with a table neatly staged with place settings and benches. There is a stable room housing a horse and its hay. There is a decorated hall within which you must uncover a hidden secret. All the rooms were drawn to perfection and felt real.

What makes the game so real is the sharp imagery and graphics. They almost seemed real. The background music and sound effects also help immerse you into the castle itself. I found that using headphones increased the quality of enjoyment, and highly recommend it.

You can play up to seven levels for free, but once you past that, you will need to pay for the last three levels. Not too shabby, because all great things come at a price.

I found that a few levels had some issues with the graphics and the ability for the app to register that you’d tapped on something. It took a few tries and then it working again, but it was a bit of a bump in the road.

Castle Breakout swept me away to a new time and place for hours. I could not believe how entertaining it was, and being the puzzle solver that I am, I could not put it down! 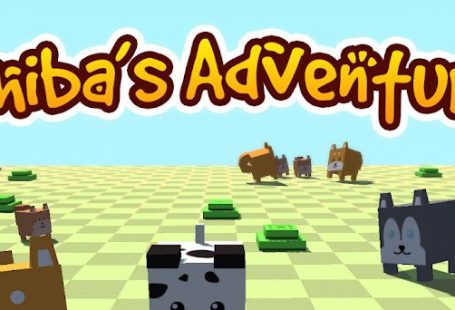 Shiba’s Adventure – A Turn Based Game for Dog Lovers