TriPeaks Solitaire Promises Challenges Every Step of the Way

Think Solitaire is for old folk – think again. We know there’s plenty of app out there that make Solitaire more than just your grandpa’s old card game; but, TriPeaks takes this tried and true game to new heights.

Laying out the cards in unique configurations, oftentimes mimicking three peaks – hence the name – you get to experience a new game every time you open the app.

Free to download, TriPeaks does offer several in-app purchases to help make every game you win count even more. You get more help and hints and better chances to win big.

Overall game play is very similar to any solitaire game: there’s a pile of cards from which you choose the top one to play. There are cards laid out upon which you must stack in some order. Then there are cards laid out in various configurations, starting with a tri peak configuration and weaving its way around others. Tapping on a card will move it to where it needs to go. If it cannot go elsewhere, it will stay put.

As you play, the app will set a timer – be sure to keep this in mind, as you don’t want cards left in game play before time runs out. You get more points, as well, if you complete the game before the allotted time. Practice makes better!

For the downturned cards making up the tri peak formation, there will be 18. Under the peaks the app places 10 cards face up, to create the “mountain”. One card will be placed facing up on the discard pile, while the stockpile of cards sits just to the left of the discard pile.

Another feature of TriPeaks is playing against friends. Yes, you can invite friends to play so you can stack up your skills against their solitaire expertise. TriPeaks lets you connect through Facebook, quickly and easily.

Now, when you start playing the game and start collecting points, one of the features that I really liked was the “extras” you get. One of them was the timer freeze function. This let me stop the clock so I could spend some time trying to figure out what I wanted to do.

What I would like to see the app creators add to the game is the ability to send out and share some of my stats. I’m not really sure how much gets displayed on Facebook, but it would be nice to send something to myself or to some documenting app for future reference.

TriPeaks offers a new way to play Solitaire that provides a fresh take and new challenges to keep the game interesting and an app you’ll go back to over and over.

Search for Movies and TV Series with Movie Show 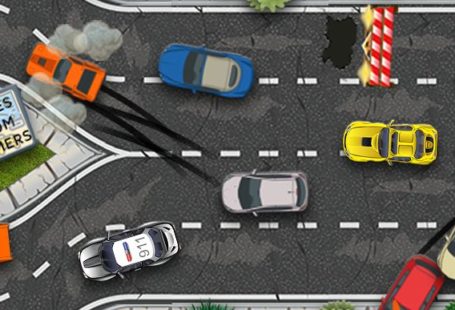 crazyDrivers – A Racing Game with a Vintage Feel

SideBall – An Arcade Game with Flickers and Balls