There are not many such apps in Google Play!

It has been always said that it is hard for a developer to find success in the Google Play. It has a lot of apps but most of them are mediocre in performance and design. As the result, Android users are not that excited to try out new apps. However, some real good apps are out there for Android too.

Critter Rollers is a well-designed game where the objective is guiding the critter through the obstacles to the doughnut. After launching this app for the first time, players have to register, sign in or choose the guest option to enter into the app. After crossing each level, they will be provided with a medal.

Critter Rollers has simple controls – the critter can be guided just by tapping. The cannons would launch the Critter, while spikes and lava could spoil the progress. There are also clues Tap to Jump and Timing is King to help out. That’s a smart idea.  As there is no tilting, the backward movement is not possible. Therefore, the game would become unplayable, when this creature gets struck in a few places.

As I said earlier, Critter Rollers is a well-designed app with some fine graphics. However, users who have lower-end devices may not get impressed with this game as it consumes considerable amount of memory. The rules are not pretty hard, but I think it would look better if the developers could add a Help section to the app.

Layerizer – Enhance Shots Before You Take Them 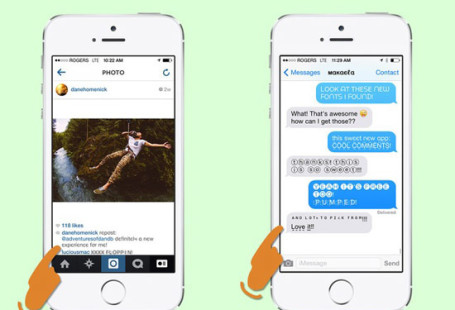