Streamline Your Tasks with LifeTopix

When I first bought LifeTopix I was already organizing my life with a few other of the countless apps on the market advertised to help me ‘take control of my life’. I was using Remember the Milk and a few other free organizer apps but I bought LifeTopix because I was intrigued by the idea of an app that could ‘do it all’. At first, I was disappointed.

I had gotten used to the apps I was using so I found that in comparison, LifeTopix was clunky and took me longer to get things done on. In frustration, I turned back to Remember the Milk and for week it seemed like that was that, I wasted ¢99 and it wasn’t coming back, but this isn’t new to most app buyers.

It wasn’t until I had to take the wallpaper off and repaint a room in my house that I even opened the app again. I used LifeTopix because I remembered the alert system waking me up easier than the one on Remember the Milk and I wanted to get an early start. I set up “Repaint” as a project in LifeTopix and yet again, it seemed like that was that. It wasn’t.

When I started the project, I realized I would need painters tape, some tarps to lay down, and of course paint for the project, so I started a shopping list. I found out that I could make the shopping list as part of the project “Repaint”, so I could access them both in an efficient manner. I got some directions and the number of a local paint store, which I figured out I could also store in the project “Repaint”. Now just by clicking on the project I could stay focused on this one topic instead of getting distracted by the irrelevant items on my to-do list. I started to really like the app during that project, so I kept using it for my larger projects, even though I was still using Remember the Milk for most of my reminders.

As I used LifeTopix for more projects I got used to operating it and pretty quickly I could use it just as easily as Remember the Milk. My shopping lists that I made for different projects all went separately into the ‘Shopping’ section, so I could quick check that to get a full list and decide how many trips it would take and which shops I would have to go to. I started bookmarking some things that I needed to remember to help with a woodworking project, then adding in the contacts I needed, then planning trips with LifeTopix and eventually I realized that I was no longer using Remember the Milk at all. LifeTopix had really snuck up on me, but I’m glad it did.  Even though I still don’t use all of the sections, I don’t save Media or log much in the Health and Activities section, I am using LifeTopix to the exclusion of other organizer apps.

I wish that it would work a little better with some of my other apps but at the end of the day there is only so much you can ask out of one app. I am usually pretty disorganized, and no, LifeTopix does not magically cure that but it definitely helps.

The Engine Tester Can Keep Your Car in Working Order 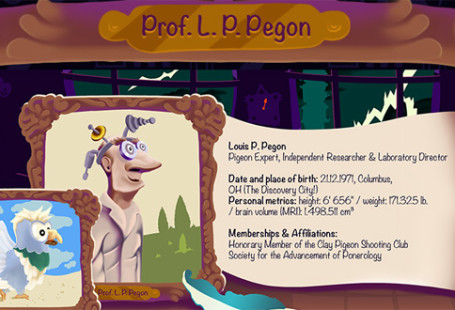 Lab Squab – Free an Imprisoned Pigeon from the Clutches of Evil

Best 2048 – Puzzle By Numbers that Exercises the Mind

3 comments On Streamline Your Tasks with LifeTopix