Monitor Your Sleeping Patterns with the ibis Sleep Art

ibis Sleep Art, an app customized for your iPhone 5 works with you while you are asleep. The main function of this app is to capture your movements when you sleep at night and sketch these body movements to make a beautiful abstract painting of your sleep. This app takes 36 MB of your phone memory and ensures that you get something interesting when you wake up in the morning.

All that you have to do is set the alarm, known as the ‘sleep art alarm’. The iPhone is then kept on the bed when you go to sleep and care should be taken that it is switched on and plugged in. It is best to avoid using the phone too many times at night while the ibis Sleep Art does its nocturnal work. As you sleep, the app captures and sketches your body movements and when you wake up in the morning, you are presented with a painting, made by your iPhone only using your movements during the night as a tool.

Your iPhone has an accelerometer which records your body movements and breathing patterns while you sleep, and this is utilized by the ibis Sleep Art. Every time the sleeper breathes, the sound corresponds to a particular color and curve, which is traced by the app. It however becomes important that you sleep with the phone on your mattress, without which the app does not function. Also, for people who have the habit of checking their phones in the middle of the night, might have to refrain from doing so, as this hampers the recording of your movements on your phone. This app is also known for consuming a lot of battery, since it keeps working for the longest time span at night. The phone must thus be plugged in at night when you sleep.

Whether you have a peaceful sleep at night or experience a restless night, the pattern produced by this app will be different every morning. These patterns can also be utilized by the users to monitor their sleep patterns every night, as the trends are recorded in your phone. The app also serves as an alarm clock when it wakes you up at the desired time with soothing music. You can store all your sleep patterns in the gallery and form an idea of your sleeping trends. The users can also share their recorded sleep patterns on social networking sites like Facebook, or even send it to your friends via email directly from your phone.

The ibis Sleep Art app, developed by Accor, is compatible with three languages of English, French and German. The app requires an iOS of 5.0 or later. So this app is available on iPhone 4, 4S and 5. The app is best known for making digital artwork out of the daily activity of sleep! 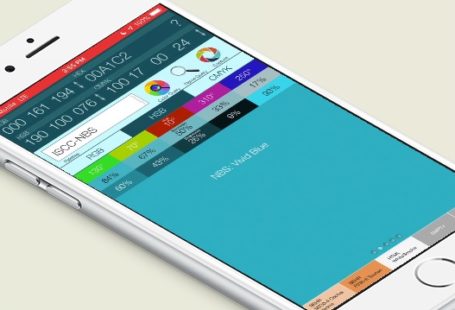 Sharpen Your Photography Skills with Photozeen