I downloaded and started playing Space Cubes pretty quickly. When I first start a game or app, I like to go through the settings and help features to make all the settings I like, such as turning down or off the music usually or learning how to navigate the game.

The opening page is very festive and easy to navigate – even on the first opening of the app. I usually turn down or off the music on all apps, but it isn’t annoying like most games; however, if it is too much for you or you like the music at a lower volume, that is easy to fix.  This game also has a few music options, including robot, space, ghost, jungle, and default styles.

This app is rather cute, nonviolent, and relatively easy to play once you figure it out.  Often, a game that has the potential to be appropriate for any age group is given unnecessary features, language, or actions that require and warrant an age restriction; however, this app game is great for any age. If you can tap the screen, slide your finger across the screen, and aim, you can play this super cute game!

Being cute and easy to play is one thing, but having a simplistic design and functions is equally important. Some people think that having crazy, loud, bright, and sometimes utterly annoying sounds, functions, and designs make a great game. That thought process and idea works with pinball machines but very few app games.  To me, these annoying features are often a deterrent for me. Luckily, Space Cubes isn’t any of those things. Instead, Space Cubes offers and delivers a light, no frills game that doesn’t annoy or disappoint its users. You get the fun without the issues.

That being said, I do have a few things I would change about this app game. First, I feel like the instructions in the help settings were very basic and not very clear. I had a much better understanding of the game by playing rather than going through the directions. These could be better explained rather than illustrated. I wasn’t sure on what I was supposed to hit and when as opposed to what I should do before selecting and entering a portal. I was confused as to which portal(s) I should pick as well.

My second dilemma with this game application is that I wasn’t sure of the overall goal or purpose. Mario saves Princess Peach and collects golden coins. In Monopoly, you collect properties and try to bankrupt other players. In Space Cubes, I had no clue what my motivation was to get to the end of the game. Was there a purpose or was I just in an eternal race with myself for the ultimate high score?

Lastly, I wish that you could connect Space Cubes to Facebook, Twitter, email, and other social media accounts to play against friends and/or share your scores. Many games do this now, and I feel like all games that don’t at least allow this feature are lacking – especially if the ultimate goal or purpose is a higher score.

All things considered, I do enjoy this game. I feel that many of my suggestions are just that – suggestions.

Monitor Your Sleeping Patterns with the ibis Sleep Art 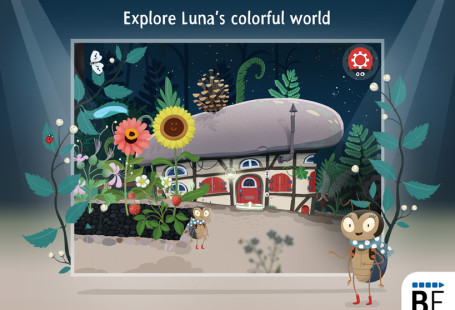 1 comments On Space Cubes – A No-Frills Game for iPhones