It’s time to battle against the excruciating pirates and sea monsters!

Gaming is such an entertainment which does not require any specific age-group to enjoy. With the enhancement of technology, everyday thousands of games are launched by various developers but the fun quotient is what users look for which is met by only a few of them.

2013’s one strategy sailing game- Mini Bay: Wrath of Black Pearl, version: 1.1 offers you a chance to become your favorite Captain Jack Sparrow in the virtual world. This game developed by I-free Studio LTD. comes up with the basic motto of building a wonderful bay of your dream. You need to assemble your ships and battle against the excruciating pirates and sea monsters. Trading with mystical colonies and no doubt, if it is a pirate game there ought to be some hidden treasure for you to hunt for here in the Northern Sea and in the end become the undisputed legendary ruler of the land.

As expected, the story begins in the renaissance era when queen Victoria is shouldered the responsibility of raising a new fallen up land from ruins after a long tenure of never-ending battle. It is not a very advanced game for the teenagers who are in habit of playing other assault and action games.

There are more than 100 quests which last for 30 levels, there are more than 60 buildings with different characteristics and over 50 trading and pirates ships available. You can upgrade the ship with your distinguished ship-bonding skills. Some thrilling battles have been programmed as well- 3 battle raids with 3 difficulty level, to be precise. You have to conquer 20 trading routes until you end up finding the big boss and win over him in the last stand.

This concept of the final boss is nothing new but common to many other gaming apps. All in all, Mini Bay: Wrath of Black Pearl is an interesting game covering up almost all the aspects required to make it what it is. The performance has been optimized and they have fixed some small bugs.

Watch Out for the Feisty and Flirty with My Cupid 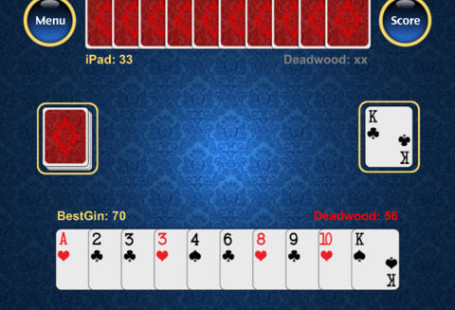 Best Gin Rummy – A Classic Form of the Game