ABC or Die is a game inspired by classic arcade games from the 70s and 80s. The players need to use some skills and strategies to descend into deaths domain, but the gameplay in itself is very easy to understand without the need for tutorials. There are a few characters to choose from, but initially the player chooses the default character as the other characters are available to buy once the player has collected some treasure. Every few levels, the player can buy items from a dungeon store that will enable them to travel deeper into deaths domain. Players who find it difficult to read the red font on screen can choose color blind mode where the font color changes from red to teal.

This game is like most arcade games, where you pass each level quickly in a few seconds. There are four exits in each level along with treasure chests and death chasing you. The player chooses the safest exit to move on to the next level before being killed by death. The exits are marked with what or where they lead to as there are dangers hidden beneath each level. The game involves vocabulary skills as the player needs to exit through the stairs that is labelled with a safe word. You will be tested on the vocabulary of fictitious beasts, animals, destructions and other goodies. The strategy of the game is wisely choosing the safest exit without getting caught in deaths hands. You will be evading all the dangers, monsters and death itself in this game. If you take longer to exit, death speeds up; so every second counts.

Once you start playing, you will see treasure chests in each level and death chasing you. The player moves the character across the screen using a finger and guides it to the safest stair while collecting chests. Make sure to choose the safest and fastest route to reach the safest stair so that you avoid death. As you move up levels, there may be obstacles blocking you from reaching the stairs easily and quickly. You need to be really quick and wise in choosing the right exit and collecting treasure if possible in order to reach the deepest levels below without getting killed. The player can buy items from the dungeon store to enable them to travel deeper into deaths domain and the deeper you go, the greater the rewards.

When you collect treasures, your treasure score and amount of gold goes up. You score a point for each level you exit safely. Each time a monster or death kills you, you lose all the gold and your score resets to zero. However, the treasure remains thereby letting the player buy items in the store or to upgrade to another powerful character.

Thinking and acting quickly are the two most important skills required for this game. This is a word game where the players use their vocabulary skills and decide on the best or safest exit in order to escape death and monsters. It is critical for players to be familiar with the names of mythical monsters, animals, destructions, etc. A treasure chest is available in almost all levels, so collecting treasures is a bit easy with some skill. Collecting chests help you to buy items and unlock new characters. Buying items in dungeon store helps you to travel deeper into deaths domain. You can share your high score on Facebook and also save backup of game data on cloud so that you do not lose your progress.

It is a little difficult and tricky game to get a good score and collect more gold as the score and number of gold resets to zero once the player is killed either by death or by one of the characters hidden beneath, when they exit through unsafe stairs. Some levels have obstacles in between stairs that prevents the player from quickly reaching the exit, which means the player will have a lesser chance to escape death.

This is a good game to familiarize yourself with characters and words that have not been known to you before. You also gain the skill of quickly making strategic decisions and putting them into action. 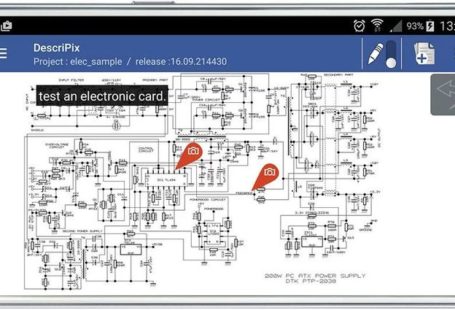 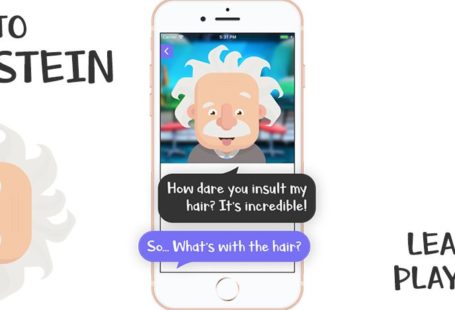 2 comments On ABC or Die Inspired by Classic Arcade Game