Legend of Abhimanyu – Engage in a Battle Bearing Historic Meaning

If you are looking for a game that offers more that just the typical battle and win scenario, then look no further than LoA – Legend of Abhimanyu. While the name is enough to send you spiraling into a frenzy of questions, the game will hurl you into a haze of amazing thrill.

Set on the 13th day of the legendary Mahabharata (I urge you to do your research on this, so you know what you are getting into), this game transforms you into AbhiManYu, warrior and survivor. You are in the midst of the great battle and it’s your job to avoid getting killed while you identify and take out the enemy.

As I mentioned earlier, you will fare much better if you have some background to the story, because you will get so much more out of this game if you understand who AbhiManYu is and what he has been tasked to do.

The game itself is superbly designed, boasting sharp graphics that rival any movie I’ve seen on my iPhone. I downloaded to my iPhone because it’s what I usually have on me. If you really want to feel and experience the app, I highly recommend downloading to an iPad.

Back to the game, it’s set way back when, so your skills at archery and swordsmanship will be tested to the maximum, at least on a gaming app basis. Your battle skills will also be put to the test. I have to warn you that the battle formations used at the time of Mahabharata are nothing to sneeze at, so be wary and be warned, this is no easy feat to master the weaponry and tactics that will be put before you.

After downloading the app, I headed straight for any tutorial I could find. Thankfully, the app has a great series of screens that explains the types of movements you will be required to make, and how to make them. With practice, they become second nature.

The game offers all sorts of weapons. Many may not be too familiar, but the neat thing about LoA is that it launched you back in time, almost as if you were a gladiator, wielding ancient instruments of battle. There are swords, bows and arrows, and chariots. The action never ceases and the challenges abound.

If there is one thing I would make better in LoA, is reducing the number of actions need to move and strike. There are so many combinations that it can become difficult to master them all and stay afloat.

Again, if you play enough you will grow more comfortable with the various actions required to maneuver the different movement for your chariot, for AbhiManYu and for using whatever weapon you have at hand.

If you are looking for a different kind of first person battle game, don’t miss LoA! It will immerse you in an experience like no other. 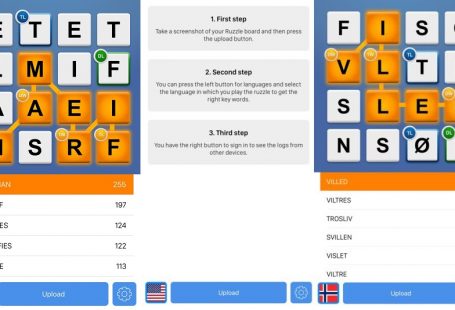 Foam Roller Techniques – Roll Away the Pain on Your Own