Kitchen Panic – A Fun Game with A Twist

Are you a game lover? Here is a perfect one for you! Kitchen Panic is a game that won’t bore you, but will fill up your free time with delightful moments. The author has worked so well to present to his fans another classic game and make the experience so entertaining. The game, Kitchen Panic, is for those who seek adventure with an epic story.

The first fascinating feature of the game is its smart graphics. It is just so beautiful! With spiky graphics and swish animations, the game pulls you in and is straightforward to play. Kitchen panic focuses on sleek and well designed actions flavoured with retro sidescroller aesthetics that provides it a feel all to its own. The interface is fascinating with the characters which balance with the foregrounds and the backgrounds. It’s such a unique game.

To start with, the game is quite thematic. It is made up of a main character, which is a potato having hands and feet. The potato is an American. Yes, an American! On the beautiful night, everything in the kitchen went wild. The items and enemies are typical of the things in the kitchen. And this is where the action begins.

Here is the challenge; player moves along the 2D platform jumping over the enemies, obstacles and other kitchen characters moving along the platform in order to freeze them. Then the player moves ahead to the doors and enter the checkpoint portals to accumulate points in the goal can.  The movements are simple with the easy-to-use controls. The 4 directions control and 2 buttons easily control the player towards any direction when dashing along the paths, to jump over the enemies and to reach any destination.

The target is to reach the goals. Players find this challenging and at the same time engaging. Players enjoy navigating along the obstacles and trying to get to the end of each level. It’s always appealing when you get to the goal can, collect powerups, vegetables, regenerating stew for extra life.

You can also take the game online to interact and challenge your friends in a whole new way. Kitchen Panic also includes several difficulty levels, which makes it a perfect game for  anyone to enjoy-both young and old.

However, worthy of note is that there is no game without limitations. The only one I can spot is the presence of ads, though there are reward systems in place. Also, the game offer in-app purchase, which is optional anyway.

The game is really fun – though filled with piles of Panic when approaching enemies. And that’s sort of the best thing I can say about Kitchen Panic. It makes you keep playing, even when things are going wrong. And that’s a pretty special quality for a game to have.

Kitchen Panic is a unique and classic game. With its highly entertaining gameplay mechanics, kitchen style, and an infinite amount of gameplay there is no reason to pass it up. Give download Kitchen Panic today!

Enter the Battle of Stalingrad with Tanks Mobile – Battle of Kursk 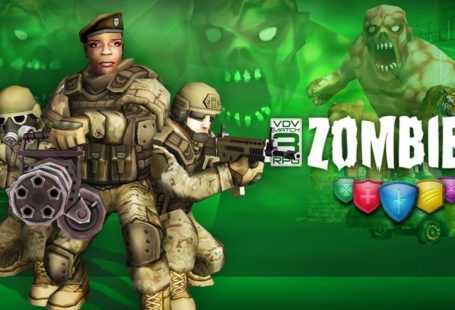 Guitarcraft – Indulge in a Date with music

3 comments On Kitchen Panic – A Fun Game with A Twist