Not all games require you to defend and destroy. There are some games out there that actually test your reaction time. The one I’m focusing on requires you to type a sequence of keys on a keyboard, as they appear on the screen, so as to “break” them, or remove them from your screen. The game is called Breakage, and while you won’t be shooting at or destroying anything, it can certain provide some great entertainment while also boosting your instincts and reaction to better your performance in other games.

Sounds farfetched? Give it a try. The app is free to download and comes with games at the Easy Stage, loaded with about 50 levels of games. There is also the Normal Stage and Hard Stage, which you can work your way up to or you can get through an in app purchase. There are a total of 150 levels of game play spread across the three stages, each growing in difficulty and challenge.

The game itself is simple to play, but you have to master dexterity and speed in order to pass through the various levels. The order in which to type the letters starts at the top, and goes from left to right. Once you complete the row, move down to the next on and start again, left to right. It may take a few tries initially, but once you get the hang of it, you will know how best to hold your device so you can type fast and accurately. The reason to type fast is because you only get so much time to “break” the letters provided in a game, so not only do you have to type the correct letters, you have to beat the clock, too!

Now, winning all those games and beating record times would not be worth it if you didn’t have something to show for it. That’s where the Trophy Cabinet comes in. If you master the Easy Stage, you are awarded a Bronze Trophy. Master the Normal Stage and win the Silver, and get through the Hard Stage, and you are at the top with the Gold Trophy.

The keyboard on the mobile is the normal size, so if you are playing for the first time, I would recommend playing on a computer or an iPad. If that’s not an option, then Breakage has done a nice job of color coding the keys, one color for the letters and another for the numbers.

What’s nice is that this app provides a nice How to Play screen, which provides essential information to play the game, but it sure would be nice to have a few practice games or a video clip.

Breakage is a great game for players of all ages, providing a fun way for newcomers to typing to get in some extra practice and for all those gamers out there, a way to increase your reaction time.

Get It Faster With Auction Price Finder 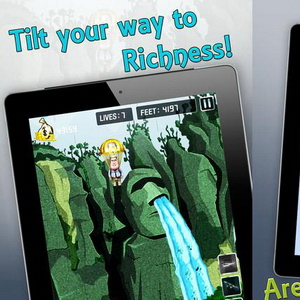 1 comments On Breakage – Test Your Typing Skills and Reactive Instincts