Flutter Your Wings and Collect Candies with Candy Bird

Let’s start the article with a few fun facts about arcade games. Pac Man was originally titled Puck Man and was changed later for International releases to prevent defacement of arcade machines by replacing P in Puck Man with an F. The game was developed by Toru Iwatani in a way that would appeal to both men and women. The inspiration of the character was from the image of Pizza with a slice removed, forming the character’s mouth. The in-game characters were made to look cute and colorful to attract young players too.

Did you know Alexey Pajitnov, who invented Tetris, never received a Ruble for almost a decade for his world’s popular computer game? In 1985, he devised Tetris while working in Moscow for the old Soviet Academy of Science. The game was a smash hit back then, was published in several forms, but failed to monetize Pajitnov because of complicated Soviet-era government contracts.

Ever heard of Berzerk, a multidirectional shooter arcade game released in 1980? Armed with a laser-style weapon, players navigate mazes filled with robots using joystick and fire at robots who fire back at them. In 1982, a player died from a heart attack playing the Berzerk and was the first-ever recorded case of death due to video gaming.

Having seen a couple of fun facts about the popular arcade games, let’s have a look into another arcade game that is as cool as the others. “Candy Bird: The flappy saga” by Dr Nicholas Loizou and Luke Bowen-Price is a simple yet challenging arcade game. The game is small in size, hence gets downloaded and installed even before you know it. No additional sign-up is required, so you can simply click the app icon and start playing away.

The aim of the game is to flap the wings of the candy bird, collect as many candies as possible, and avoid the pipes. You might wonder as to what can be challenging in gameplay that sounds so simple? Once you turn into the candy bird and start playing the game, you will know. “Candy Bird: The flappy saga” is so entertaining that you would not want to keep your mobile down. Start the game with a tap and continue tapping strategically to avoid pipes. One extra tap will launch the candy bird directly towards a pipeline and set it on fire by crushing it.

You can keep playing or reset the game progress in the menu. If played for a long time, the simplicity of the game might make you feel monotonous.

Split Your Shared Receipts, Bills, and Invoices the Splitmo Way

Fight Arena Online – Be the Best Contender in the Online Battle 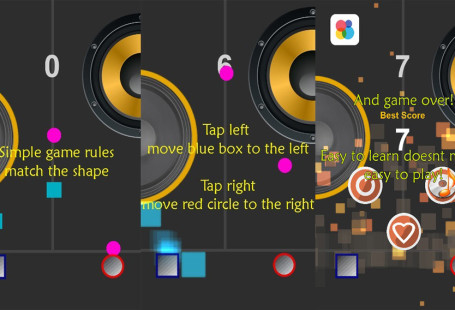