Bad Monkey and Bad Friends – A Real Test for Reflexes

Run wild and beat the creatures!

Smartphones and tablets are great devices to play games and of course kids love them a lot. However, if you try to find games for kids, you would most probably come across games that have poor concept. If you are looking for an interesting new game, please read further.

Bad Monkey and Bad Friends is an iPhone game, where the players need to catch all the droppings from the bridge. Monkeys and their bad friends such as squirrels and parrots would drop things like bananas, acorns, and eggs from the jungle bridge and the users are provided with a bowl to catch them all.

Users can move the bowl by tilting the device or using the fingers. Looks easy? Yes, it would be easy in the starting levels, but as users progress through the game there will be more friends, more bridges and more droppings. If the users catch the falling basket, it would give them more points and enlarge the catching basket and the successful catch of falling clock would slow things down. [pullquote]Players have to act really fast and they also need a bit of luck to score points in Bad Monkey and Bad Friends.[/pullquote]

This game has a classical concept and the animals are really pretty. I think developers need to spice up things in the areas like sound effects and animation. It would add to the excitement of the game and would make this app an even better one.

Bad Monkey and Bad Friends is compatible with iPhone, iPod touch, and iPad and it requires iOS 4.2 or later. This app was launched only a couple of weeks ago and this first version works fine. It costs USD 0.99 and I think, this new game would impress users of all ages.

Get a Warplane and Shoot Down Your Enemies in aPilotsQuest

Lulu in Polynesia – Explore and Get Educated 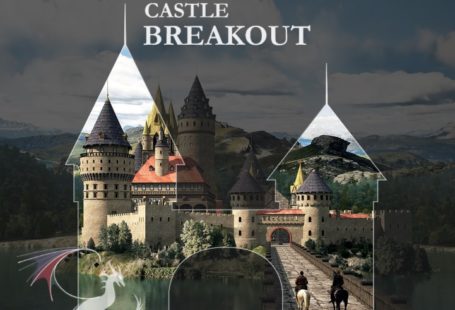 Castle Breakout – Medieval Escape Game Catapults you Back in Time