The iPhone camera has been dramatically improved since it was first introduced. App developers use this as an opportunity and has been coming up with powerful photography apps. Therefore, the time has arrived to experiment the photographic skills on iPhones. Let us examine an iPhone camera app now.

Starmatic, developed by Starmatic S.A., is an iPhone app modeled on the legendary Kodak Brownie Starmatic camera. Users can get into it with their Facebook or Twitter accounts. They can also sign in with the Starmatic account, if they have one. This app has seven sections – Home, My Feeds, Popular, Discover, Nearby, Notifications and Camera.

As it has Facebook-like navigation style, it won’t be hard for the users to explore Starmatic. My Feeds displays the photos shared by the users to their followers. Users can like them and leave their comments for these images. Popular (a section of the app) features all the popular images shared by the users. Discovery lists trending images and tags and also suggests users for others to follow.

Camera is the main area of the app. After launching Starmatic Camera, users can shoot images using the front and back cameras of the iPhone. They can optionally add effects using the Starmacolor filters before sharing these images with their Starmatic followers (or on Twitter and Facebook). It has 16 filters and 10 more filters can also be added through an in-app purchase for Starmachrome Film.

Let us look at its downside. There are a lot of photography apps and some have their exclusive communities to let users share. Therefore, Starmatic can have some unique touches from its developers. It would certainly make it a standalone in its category. For the first version, this app looks really great. And, one would expect a lot more to come in the future.

Print from Your iPhone with PrintJinni 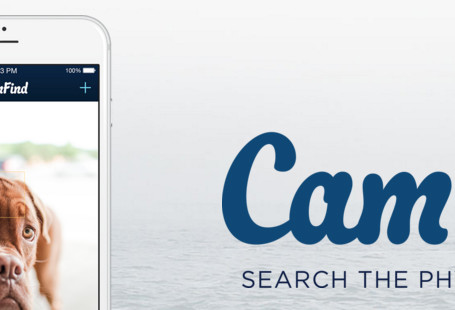 CamFind Discovers More Using the Images Around You