It is time to conquer the stars!

Most of the popular iOS apps now have an Android version as well, but only a very few Android apps have managed make it to the App Store. Therefore, if an app comes from Google Play to App Store, it should be an extremely successful one. This review is about the iOS version of such a successful Android game.

Star Splitter 3D, has hit the App Store with the same amazing graphics and addictive gameplay of its Android counterpart. In this exciting game, you need to take the role of an intergalactic explorer guiding a special spaceship. On your way, you have to destroy the opponents who look to spoil your exploration.

However, be sure to avoid asteroids – if you hit them, it can put an end to your dream run. Your success in this endeavor can get you points and these points can be used to upgrade the spaceship and weapons. If you don’t have enough points for the upgradation, you may have to spend some real money to purchase points.

The spaceship can be controlled with joystick or accelerometer. I think accelerometer can work best this, as joystick is not very convenient to master the space flight. Sound effects, music, sensitivity and other things can be customized through the Settings area of the app. The Help section explains various options of the game with small animations.

The game control is bit of an issue in Star Splitter 3D. As I said you can control the ship with accelerometer or joystick. However, you can’t do much about the direction you want to shoot. This makes your ship a soft target for your opponents and makes it hard to master the art of attacking. I think most of the players would want to aim before they shoot.

AudiobooksNow Transforms Your Droid Into a Talking Library 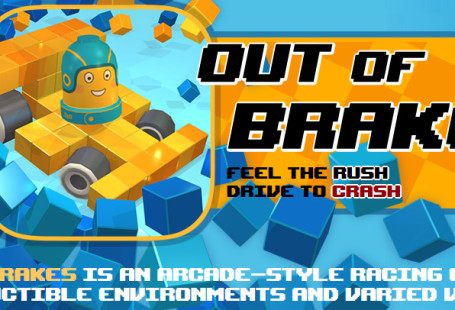 Out of Brakes – Fast-Paced Fun

2 comments On Rule the Space with Star Splitter 3D