fontgram for Writing and Captioning Photos

Simple, fun, and easy to use!

fontgram has the ability to alter photos with its basic editing functions (like adding text) and it lets users upload those photos to social media sites or save them to iPhone photo album. When navigating though the editing menu you will find numerous font styles to choose from, ranging from classic, cursive, and outline styles, and it won’t be difficult for you to find perfect font style for writing and captioning photos. fontgram also offers users the option to send photos to family and friends using Facebook, Instagram, Twitter, and email (using the built in email app for iPhone and iPad).

Easy to use with an appealing yet simple interface, you can simply alter existing photos or take new photos and quickly beginning editing away. When editing just tap on the selected area and begin typing the desired text into that specific area, it’s really that simple. The design is clean and neat with an actually pretty simple interface that takes no time getting used to. The designers and developers put a lot of work into making this app presentable and easy to use. You will find that at the bottom of each screen is a menu that allows for shadowing, color, font, and writing, when you’re in the editing function. Once you are finished editing you will be in the share screen and uploading to Facebook, Twitter, Instagram or photo album are represented by the bottom menu bar, you are also able to customize these menu buttons, say you don’t have twitter you can swap that out for an email button.

The application itself gave me no performance issues and I did not experience any freezing or shut downs while using fontgram. I tested it both on the iPhone 5 and iPad and found it to perform very well on both devices. If both devices are an option I would recommend fontgram on the iPad, this is not to say that this application doesn’t look good on the iPhone 5 but fontgram really comes to life with the bigger iPad screen and retina display.

The price currently in App Store is $ 0.99, which is very fair and allows this application to remain competitive against similar apps. fontgram also provides the option of in app purchases for other font styles, those purchases are also priced at $.99 cents for each package.

Overall I did not find myself using the editing functions like color or shadowing as I was more involved in adding captions and funny phrases to existing photos of family members and friends. I did like the simplicity of use and the clean interface and would recommend giving this app a try if you are in the market for this type of application.

fontgram is available in the App Store. No word on whether this app will be making an appearance on Android or any other app store markets.

Carry Vegas in Your pocket With the Casino Live App

AffirME – A Motivational App for iPhones 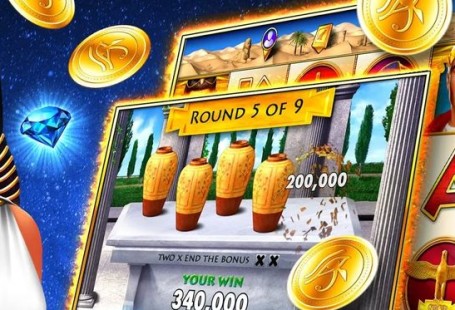 4 comments On fontgram for Writing and Captioning Photos