Battlefield Gaming That is Tanktastic

Battles with tanks are storming the gaming scene with a multitude of apps offered continuously, featuring various takes on the MMO standard of action games. New to the scene, at least on the iOS front, is Tanktastic, put out by the creative minds at G.H.O.R. Corporation. Tanktastic was first introduced about one year ago on Android. With growing popularity and demand, its creators have now transported the fun and challenge to iOS, for all to share.

Tanktastic is a 3D Player-vs-Player (PvP) game that supports an unusually large number of players, making the entire experience that much more engaging and rewarding. The challenges are indescribable, with three different play modes to choose from. The modes include: Deathmatch, Team Deathmatch, and Capture the Flag. There are 50 tank models to choose from and five battle levels differing and increasing in difficulty. The latest model just added eight new tanks, making the choices more interesting and fun.

In the game, you enter a dynamic world of adventure challenging you to heroic feats, amazingly epic assaults and ferocious tank battles. You choose your tanks and your team. Anyone playing online can become friend or foe, so choose wisely.  Once you’ve got your tanks set, your battlefield selected, and all of your options decided on, pay close attention to your surroundings and be ready to fire.

The game features live chat, so you can really immerse yourself in the experience and feel you are really communicating with fellow tank operators that are on your team. You may even be communicating with the enemy, in hopes of predicting their next strategic move! The in-app real-world experience is further enhanced with graphics that seem real and reach out to you. The app also offers in-app upgrades, camouflages and various pieces of armament you can supplement your army with. The fights are fast-paced and the sounds ignite fire within to forge forward, attack and conquer.

The differentiator in this app from other tank battle games is the pace at which you are allowed to execute. Many other games force you to make quick decisions, blasting away nonsensically at anything that may cross your path. Tanktastic is different. It allows you to be more strategic, it allows for more advanced thinking and planning, and really makes for a more intelligence-based game that is still fun.

The only downside to this game would be the difficulty with which the game starts off. It seems that other tanks have about as much power and foresight as your tank; and, as a newcomer, it may be daunting at first to continually be defeated. Slower and more learning-based intro levels may attract and keep longer running players, and deter players from throwing in the towel too soon.

Outside of that, this game has brought new life to tank battle gaming, with an experience to be shared with many other battle aficionados alike, bringing them together in an engagement like no other. We are happy that G.H.O.R. Corporation decided to share Tanktastic with fellow gamers in the iOS world. Tanks! 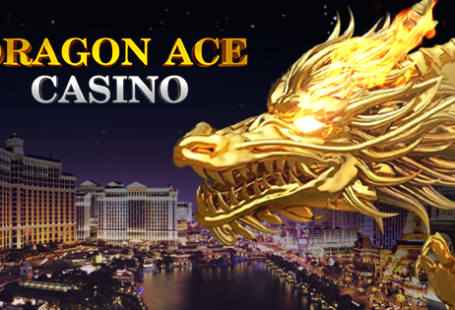 Dragon Ace Casino Baccarat – Yet Another Twist to the Popular Game

The Best App to Organize Your Day Better – Finale To Do: Tasks & Widget

NetworkToolbox – Networking Management in Palms of Your Hands

1 comments On Battlefield Gaming That is Tanktastic