For parents who need to keep their kids busy!

Looking for a game that provides just the right amount of challenge without getting too strategic or aggressive? Sometimes, as mobile users, we just want something to pass the time as we wait in line. In some cases, it’s nice to have a simple game that kids can play that have nothing to do with warring worlds or alien invasions. Kitty Jump is just that.

It’s a game that has players helping a little cartoon-like kitty bounce higher and higher into the atmosphere, with no clear end in sight, while seizing prizes along the way. The climb that Kitty takes, thanks to the player’s smooth maneuvering helps her to avoid obstacles and overtake monsters.

Kitty Jump is basically a challenge to move Kitty in such a way that every bounce she makes has her landing on randomly placed platforms. Platforms are composed of various elements, so bounces may not render the same results every time. There are basic wood platforms and then there are those made of stone, and finally some that are just ice. The game is extremely simple and opens up with a main screen that allows users to turn the volume ON or OFF, make in-app purchases to make Kitty stronger and more able to fend off and defeat monsters she may find along the way, and the ability to see lead scores.

The game starts off with Kitty jumping. To ensure Kitty lands on a platform, players must carefully and skillfully tilt the device to move Kitty so her landing pattern takes her straight onto a platform, off which she will bounce and climb higher. As she climbs, she collects sausages, which earns players points. These points are important, because they unlock doors to enhancements that tip favors more towards the player’s hand.

Examples of enhancements include trampolines, rockets, and balloons, each providing that extra boost to help catapult Kitty higher. Along the way, the game introduces distractions that could lure Kitty into trouble. When players see a Spider, a Bee, or Cactus, they should make sure to put up their defenses with protection they may have earned or purchase. Overtake these menacing monsters and secure the conquest. As players help Kitty climb higher, the rate of point accumulation increases. Getting up higher faster is a crucial part of initial game play. However, be forewarned that the challenges that come with are that much more difficult. Nothing comes for free.

While Kitty Jump was a bit entertaining for a while, I found it to get a slightly frustrating and annoying at times. My preference was to keep the sound effects off, because they seemed to distract me. I could see kids really getting into this game, because it allows them to move the device in such a way that mimic moving a steering wheel. Kids will also get a kick out of the overall cartoon look and feel.

Better Understand the Cost of Colleges with Benji Buddy

Voice Your Choice with RateThis! 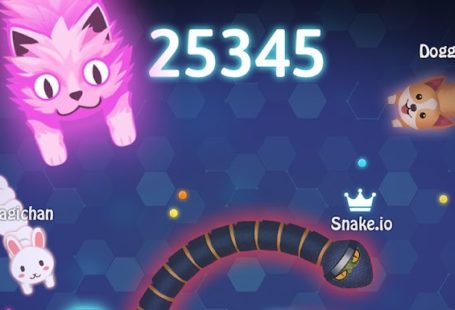