Go Wild and Crazy with Caricature Me

It will make you laugh, cry and sometimes very mad!

Caricatures are the most hilarious and fun-filled type of entertainment. They are fun and flattering for people of all ages. Caricatures can be complimentary as well as insulting. However, drawing a caricature needs some basic instincts and the liking for painting as an art.

Caricature Me – Photo Deformer, developed by Stoik, is a photo editor for Android that lets users create funny caricatures. The homescreen of the app features images of a man and a woman to help users in taking a test-drive. At the bottom, it has three buttons – Select Pictures, Camera and Facebook.

Users can launch the camera inside the app to take a snap. After this (or they can select an image from the gallery), it gets them to the caricature area of the app. The image edit tool offers a variety of options for manual edits. Users can explode, erase, drag, spin, compress and expand any part of the image. These tools have three intensity levels, so that users can select the one of their choice.

The automatic mode is available only for the facial images. It has four default effects to let users make caricatures without pain. It recognizes various parts of the face like – nose, eyes and lips to apply the effect – that is really smart, I think. Effects can also be undone and redone. Satisfied with the caricature? Save it, mail it or share on Facebook straight from the app.

As Caricature Me is not a full-fledged photo-editing tool like Photoshop, be realistic in your expectations. This app can certainly help users to make funny caricatures from their photos. But they may need to spend some time initially to get impressive results. Study the faces before start playing with them.

Caricature Me requires Android 2.2 and up. This app is already very popular in Google Play and has crossed 500k downloads. It also has a paid version – Caricature Me Pro – available for $4.99. If you like to have a try before making the purchase, the free app might be the smart choice.

Get Current News on WhatsKnew? 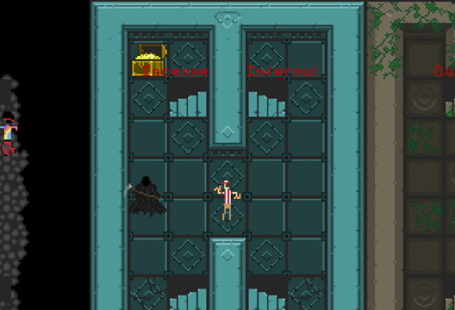