Zombies are all over the place in shows, movies, and in games. The newest addition is definitely new take, because the hero is none other than a lowly trucker whose 18-wheeler has lots is juice and is now stuck on the side of exit 51. Not sure if that has anything to do with Area 51, but we are talking zombies in this game, and not aliens.

But I digress. Deadroad Assault is a game that is setup very much like other shooter game. You are a shooter, and in this case, a trucker who is a shooter. You have been left abandoned, armed with only your rifle. You will soon see zombies emerge from the trees, slowly and intermittently. To take them out, you tap on them or close to them so your aim sends a bullet their way.

As you take more zombies out, you will start to see more coming your way, in groups of two, three, and more. At times, I had groups of five coming out looking like the five dots on a die. The worst is when five in a row come out, because you have to tap really fast before one of them gets to you. Using more than one finger is essential.

The app has options that allow you to run the music on or off and the sound as well. As you play and take out zombies, you earn points, whether you succeed or fail at a level. Believe me I know, because I failed Level 2 several times, but used my gathered points to buy better arms and beef up my defensive wall.

The zombies come in different shapes and sized, but let a few of them reach you and you will see a menacing oppressor the zombie boss!

If you see the zombie boss about three times, you fail the level. Yup, it happened to me a few times.

What I did not like about the game is that very early on, and I mean even in Level 2, the zombies come so fast at you that you almost don’ t stand a chance at shooting them all down. Obviously, folks have been able to reach higher levels, made evident by the images shown on the app’s pages in iTunes. I guess I needed to do more point collection and shopping for ammo to take out more zombies per tap.

Nevertheless, this game was addicting at the very least. I found myself constantly trying out outtap the app in an effort to take out zombies faster before they even came close. The success would last for a bit, and then I would see a row of dark zombies come my way with super speed, crashing into my wall, followed by the image of the zombie boss. The Android version is available here.

I am sure others will do much better than I. Deadroad Assault is a game to download if you are looking for easy entertainment that you can start and stop easily and fill in idle time.

Have Fun with Syncrohearts Love Game 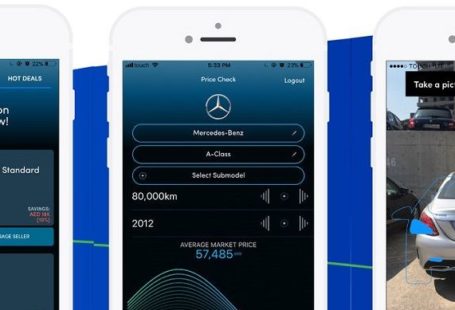