Who Can’t Draw – A Visual Redesign of a True Classic

If you’re looking for a game for people of any age, Who Can’t Draw is it. It’s rare to find a game that is perfect anyone. This game is easy to learn, and similar to another classic game that nearly everyone has played sometime in their lives, the Telephone Game. Who Can’t Draw is available for both Android and iOS users.

Who Can’t Draw is a fun, often hilarious drawing game that was inspired by the timeless Telephone Game that many still play to this day. Popular internationally, and known by countless names, the Telephone game, Chinese Whispers, Broken Telephone, Russian Scandal, Operator, Gossip, or Pass the Message, the game is played from parties to backyards.

Who Can’t Draw is similar to the Telephone Game in that the point of the game is to see if a group of people can communicate a secret message of some sort from the first person, down to the last person. The difference between the two games are the tools used to communicate from one person to the next. The Telephone Game uses whispering into a player’s ear, whereas Who Can’t Draw uses a tablet or phone to communicate.

You need 2-8 players to play Who Can’t Draw. The first player selects one word from one of the categories. Examples of categories include Star Wars, Christmas, and Animal Kingdom. The player is given one chance to swap the word to another word, if they choose. After selecting the secret word and selecting start, the player creates a drawing of the secret word on the phone or tablet screen, and is given 15 seconds to do so. The next player then sees the previous player’s drawing and tries to figure out what the secret word is. That player then has 15 seconds to draw, trying to communicate to the next player what they believe the secret word to be.

After travelling through the group one at a time, the last person views the final drawing and tries to guess the secret word. Because most people aren’t gifted artists, and each player only has 15 seconds to draw, the last player often guesses the secret word incorrectly.

A results page is shown at the end, showing the entire chain of drawings created by each player. The drawings may be saved and shared online, and the final player chooses the worst drawer. The loser of the game will be the person who had the most votes as the worst drawer by the final round.

Who Can’t Draw has been compared to games like Charades, and Taboo. They’re all party games, they’re great icebreakers, and they are incredibly entertaining! Probably the biggest perk of Who Can’t Draw is the simplicity of the game. There are no points to gain and keep track of, and because most people are familiar with the Telephone Game, everyone can play immediately.

Probably the biggest downside of Who Can’t Draw is that each player is asked to take a snapshot of themselves before completing their drawing. Although snapshots are taken to identify who drew each doodle at the end of the game, this interrupts the flow of the game, and not every player will want their photo taken. There are also in-app purchases to think about, or just to avoid.

Of course, there are many types of online gaming that have fully functional online apps, but if you’re looking for a multiplayer game to play with friends, Who Can’t Draw is an excellent choice!

This is a game that is truly for people of any age. 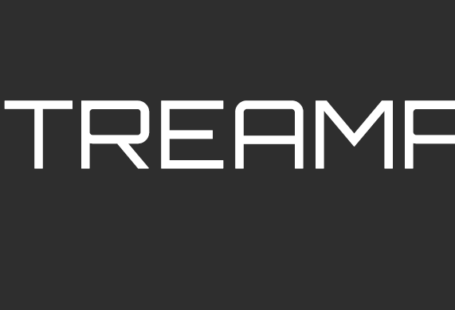 Find and Stream All of Your Content from Streamport

Have All the Fun with Clickfun Casino