Kart racing games are nothing new to the gaming scene. They’ve been around since arcade days. Kids, as well as adults, love them. All Star Fruit Racers is one of many that we’ve seen make waves on sorts of gaming consoles like PS4 and Sony box to cloud gaming hosts like Steam. Anywhere you play, the game offers up the level of excitement.

Well now, XR Games has taken it mobile by creating an app that runs on iOS and Android devices and makes it real through an exciting VR experience. Yes, if you download the free app, you get a simple cardboard VR viewer to hold your iPhone and look through to play the game. If you don’t want to play in VR mode, no problem! You can play in regular mode and just tap left and right steer your racer along the racing path, avoiding obstacles and scoring points.

I like to try games out first before experiencing them in the fullest way, so, I chose to try it out the traditional way first, which was fun. But, then I slipped my iPhone into the VR headset and played, and wow! I did not think a simple VR headset could deliver such an experience.

When you play in VR mode, you basically look into the headset and move your head in the direction that you want to move your racer. I found it much easier to control my car with the headset than with tapping. The experience was really a virtual reality and it hooks you in right from your very first race. To choose different options, you look in the direction of that option and the app then selects it for you.

The colors are vivid and the obstacles are fun. True to its name, the race places pieces of fruit in your way, in various places, and your job is to make sure you don’t crash into one. This game is truly one that’s designed for all ages, so it’s safe for even the little ones, and they’ll get hours of fun from playing it. Older players can expand past the visual stimulation of VR and engage in multiplayer game play by connecting into their Facebook profile and inviting fellow Facebookers to join the race. You can then see how well you’re doing against others by checking out the leader board.

After playing a few races, I could not find much lacking in the app. It’s fun, fast and furious. What would be nice is to have some information on how to use the headset when you first get it. I fumbled a bit with it before I figured out how to assemble it and insert my iPhone. The site for the app also does not tell you how to get a VR headset, so that is another item to consider. You can download the Android version here.

This game is a blast to play. Once you start you won’t want to put it down. It’s immersive and clear to the point that you really feel as if you are in the game. Download All-Start Fruit Racing VR today and get ready to roll! 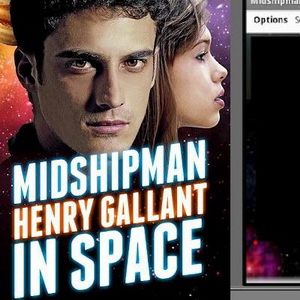 Get Adventurous with Gallant in Space for Android