For a game with less than 28MB of size in your smartphone, the Solitaire Classic Era – Classic Klondike Card Game is one of the best ways to spend your idle time and sharpening your brain at the same time. Of course, earlier it would have meant for you to travel with your own deck of 52 cards to play the game, but this app reduces the weight of your pockets. Furthermore, you also have the option to customize the look of your cards (not just the back, but also the front!).

The interface is pretty simple, and if you’ve played solitaire before, you’ll find the layout to be very soothing for your eyes, against the classic green background. There are also other ways for you to customize these layouts and card designs for yourself to give it a much more personal feeling! The animations are pretty simple and nothing too cheesy. Interestingly, the difficulty of the game keeps on increasing as you keep moving up a level. This doesn’t only sharpen your brain, but as you keep reaching a new level, you get access to new customized cards for your deck.

The first game took no more than 270 seconds or about 90 to 100 moves to solve the game. Of course if you want, you can compete with your friends by building up stronger statistics of your winning streak. There’s also an option for you to be able to draw either three or one card at a time from the deck if you can’t arrange the existing layout from the available cards. There’s also an option to choose between left-handed and right-handed modes, depending on the kind of orientation you like.

A nifty feature of this app is to autocomplete the arrangement once you have sorted out the layout, discovering all of your unexplored cards. That saves a lot of time and is frankly, quite fun to see the cards arranging themselves. The animations are very entertaining and yet not overdone to break your concentration. And if you do happen to get carried by them and lose a game, there’s also a Revive mode to give you a chance to win the lost game!

Speaking about battery life, then the game can certainly be played for a long time at a stretch because even after having played for 5 rounds (for a total of 20 minutes), battery consumption was less than 2%, which is pretty fair. So it is a very neat way to spend time on if you’re busy commuting or having to wait for someone, since it helps you sharpen your planning capabilities (as it is a strategy based game). Also, since it doesn’t consume a lot of memory resources from your phone, it can be played in almost any smartphone that runs on Android.

However, what you may find a bit irritating is having to wait for ads to close before you can start the next game. Sometimes, the ads don’t even change, so you keep watching the same advert over and over again. Also, sometimes the leaderboard doesn’t update as normally, so it may happen that you might ending up finishing the game in record-less moves but it still won’t be reflected in the leaderboard.

Apart from all these, the game is indeed fun and addictive to play! 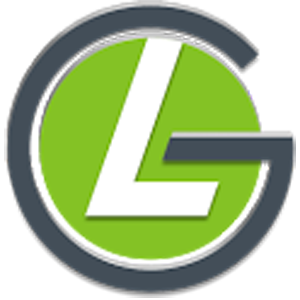 Record Sensor Data of Your Mobile with GeoLog