Do you know what happens when a storyline inspired by Viking folklore meets a puzzle interface akin to the classic Pac-Man? It creates one of the most addictive and engaging gameplays out there in the puzzle genre. I am talking about Viking Lumberjack: a fun and challenging puzzle game that will keep you entertained for weeks on end. The developers have combined the aspects of a maze game with an interesting pre-historic Viking theme to offer a brain teaser loaded with thrill. You can play Viking Lumberjack offline on your Android device to have a moment of fun anytime, anywhere. Download it for free from Play Store right now to see the awesomeness of this game for yourself! Here I explore some highlights of the game, so read on.

The storyline goes like this: thousands of years ago, some Viking lumberjacks were entrusted with the duty of clearing the land around their kingdom by chopping off the trees. Eventually, the trees evolved to grow faster and forced the Vikings to leave their lands. This imbalance of nature had to be corrected. And so, a liberator of the Viking world has finally come to chop off those trees, to restore the natural balance of the world and reclaim the lost ancestral land! I am sure you will concur that the storyline is quite intriguing. The graphics and the sound effects in Viking Lumberjack reflect the historical undertone of its storyline– crude and simple.

Talking about the gameplay, Viking Lumberjack is very easy to learn. All you have to do is swipe up and down, or sideways, to move your character. As the character moves, it will automatically chop off the trees shown on the playing field. That is where it seems similar to Pac-Man. But you cannot change your character’s direction while he is on the move, making the game more challenging than Pac-Man. I find the sound of chopping trees oddly satisfying, too. You also get the feel of a Viking as your character keeps grunting while working hard to reclaim the pride of his people.

On the home screen of Viking Lumberjack, you see two options: Village and Play. In the former, you can create a house that brings coins every five hours. Here, you can also obtain experience points that allow you to unlock new characters. On choosing the Play option, you will see the playing field where all the action takes place. The game has about 200 levels divided into three stages: 1st stage (level 1-9), 2nd stage (level 10-46), and 3rd stage (level 47 onwards). Each stage is more difficult than the preceding one. A timer becomes active in the 2nd stage, while enemies start trotting on the playing field in the 3rd stage. To give you some solace, the developers have included a bonus game where you can earn protection against your enemies. It is interesting to note that the bonus game is no less fun to play.

Viking Lumberjack brings a novel and exciting concept to the puzzle genre of games. You have to think meticulously, especially when playing against the clock, to figure out a way of chopping off the trees. As the difficulty increases, so do the fun of playing the game and its potential for addiction as with every finished level, a sense achievement befalls the player’s mind. If you love solving mazes but are tired of those dull and boring interfaces, you will thoroughly enjoy Viking Lumberjack.

On the whole, its romantic idea of reclaiming the motherland evokes a patriotic fervor while its tricky gameplay arouses the brain, a combination that makes it stand out among the puzzle games. Check it out and I am sure you will love it!

Carry Vegas in Your pocket With the Casino Live App 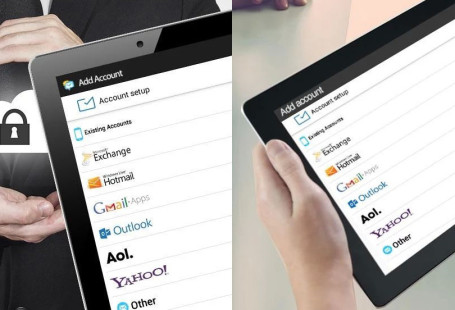