Really a game for the whole family!

I love my iPhone, but my eight-year-old loves it more than me. The reason is, obviously, it is a great device to play games. As a game lover, I never shy away from checking for new games once in a while. Let me introduce an interesting game for kids.

Worm Jump! is a simple iPhone game, where the objective is reaching the high score by guiding the jumpy worm to top, skip, and jump as it needs to find its way out of scrubs. After launching this game, users could find a window that briefly explains how to play.

Players need to make the worm to reach heights by jumping on the leaves. The game would end once the worm falls down. Therefore, the players need to make sure that it would land on leaves. As this game uses the accelerometer, players can control the worm just by tilting the device. There are berries, balloons and bubbles to help this worm in its way. However, they need to avoid the swinging spiky fruit. [pullquote]Worm Jump! is easy to play and very addictive. [/pullquote]

I do know why the developer has chosen the name Worm Jump! Already, there is a lot of “Worm Jump”s out there – Worm jump for iPhone, Worm Jump for Android, Worm Jump HD. This confusion might cost some downloads for the developer.

Worm Jump! is compatible with iPhone, iPod touch, and iPad and requires iOS 4.2 or later. This game was launched only a week ago and looks fine without bugs. As it suits the players of all ages, you can certainly give it a try, if you have kids at home.

Get Adventurous with Gallant in Space for Android 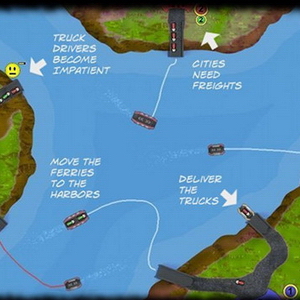